In 1976, Congress designated a week of October to celebrate Native American Awareness Week. The week served as recognition for the great influence American Indians have had upon the U.S. Yearly legislation was enacted to continue the tradition until August of 1990, when President Bush approved the designation of November as National American Indian Heritage Month. Each year a similar proclamation is issued. President Clinton noted in 1996, "Throughout our history, American Indian and Alaska Native peoples have been an integral part of the American character. Against all odds, America's first peoples have endured, and they remain a vital cultural, political, social, and moral presence." November is an appropriate month for the celebration because it is traditionally a time when many American Indians hold fall harvest and world-renewal ceremonies, powwows, dances, and various feasts. The holiday recognizes hundreds of different tribes and approximately 250 languages, and celebrates the history, tradition, and values of American Indians. National American Indian Heritage Month serves as a reminder of the positive effect native peoples have had on the cultural development and growth of the U.S., as well as the struggles and challenges they have faced.

National Disability Employment Awareness Month (NDEAM) takes place each October to celebrate the many contributions of America’s workers with disabilities. The theme of NDEAM 2021 is “America’s Recovery: Powered by Inclusion.” The history of NDEAM traces back to 1945 when Congress enacted a law declaring the first week in October "National Employ the Physically Handicapped Week." In 1962, the word "physically" was removed to acknowledge the employment needs and contributions of individuals with all types of disabilities. In 1988, Congress expanded the week to a month and changed the name to National Disability Employment Awareness Month.

Show More
Did You Know?

Disability is a global public health issue – it affects one in seven people worldwide. Everybody is likely to experience disability at some point in life. (Source: World Health Organization) 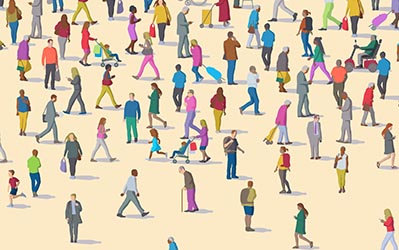