On Dec. 17, the Sixth Circuit Court of Appeals dissolved a stay from the Fifth Circuit Court of Appeals and reinstated OSHA’s COVID-19 Emergency Temporary Standard (ETS) for vaccines and testing. Essentially, the Court agreed with the Department of Labor that it had authority to issue the ETS and that the circumstances warranted an emergency standard. Very soon after, OSHA announced revised deadlines to avoid penalties for noncompliance with the ETS. Some of the groups challenging the ETS almost immediately petitioned the U.S. Supreme Court to review the Sixth Circuit’s decision. Thus, while the fate of the ETS ultimately will be decided by the highest court in the land, employers may want to resume efforts now to be in a position to be in compliance by OSHA’s new enforcement deadlines. Failure to do so could subject employers to a very short window to achieve compliance and avoid penalties should the ETS survive this final battle before the U.S. Supreme Court. Below are the new enforcement deadlines and a summary of what employers should consider doing now to meet those deadlines.

What are the new deadlines?

What should employers do to comply?

Unless the U.S. Supreme Court also stays the ETS while deciding the case on the merits, employers are expected to be in compliance but have been provided this delay as to enforcement by OSHA until Jan. 10 and Feb. 9, 2022. Thus, it would seem, at a minimum, that employers should be preparing the policies and procedures to be in a position to both (a) demonstrate good faith while the U.S. Supreme Court is deciding the issue, and (b) be ready to launch their compliant program by no later than January 10, 2022 as to the non-testing components. Of course, this could change based on the ruling from the U.S. Supreme Court or if the delay in that ruling causes OSHA to further extend the enforcement deadlines. Detailed compliance requirements are located in an alert we published previously on the ETS, which can be accessed here. A summary of some of those requirements include the following:

What if an employer is unable to comply?

As discussed above, employers should make good faith efforts to comply with the new deadlines and document their efforts to achieve compliance. Such evidence may be important in defending against a citation for failure to comply. Indeed, the Sixth Circuit noted that employers may assert defenses of infeasibility and impossibility of compliance against such citations. Additionally, the Court also noted that employers may request a variance to the ETS, which may be granted where alternative safety measures proposed by the employer provide as safe and healthy a workplace as if the employer complied with the ETS.

When will the ETS expire and what happens then?

The ETS has a lifetime of six months, such that it will expire on May 5, 2022. While OSHA has noted on its website that the “ETS also acts as a proposal for a permanent standard,” issuing a permanent standard is a lengthy process, which is highly unlikely to be completed by the May 5, 2022 expiration deadline. Accordingly, after the ETS expires, OSHA may use its General Duty Clause for enforcement of COVID-19 workplace safety as it did prior to issuing the ETS. It remains to be seen whether the state of the pandemic in May 2022 could compel employers to continue with aspects of the ETS as part of providing a safe workplace under the General Duty Clause even if no longer technically required to do so under the ETS.

For example, if an employer mandates vaccines under the ETS, and through these efforts achieves a highly vaccinated workforce with minimal breakthrough cases, it may have adequately addressed the hazard to avoid General Duty Clause exposure when the ETS expires. By contrast, an employer heavily dependent on the testing option may have a harder time jettisoning testing when the ETS expires if community spread of COVID-19 remains high at that time. As with all things related to COVID-19, it will continue to be an evolving situation.

Employers in state OSHA programs should be on the lookout for additional guidance from OSHA as to when state programs are expected to announce if they will be adopting the ETS or a separate standard providing at least the equivalent level of protection as the ETS.

In sum, while it remains uncertain whether the U.S. Supreme Court will rule in favor of the ETS, employers should note that earlier this year, the Court ruled in favor of mandatory state vaccination laws in the healthcare sector in challenges from Maine and New York. Additionally, the U.S. Supreme Court is expected to rule on the nationwide CMS vaccination mandate (applicable to healthcare entities receiving Medicare or Medicaid reimbursements) in the coming weeks. This decision, despite being specific to the healthcare sector, may provide some insight into the Court’s thought process as to be relevant to the fate of the ETS. In the meantime, it seems prudent (with the current Sixth Circuit ruling and OSHA’s announcement of deferred enforcement deadlines) for employers to assess the status of their efforts as to achieving compliance by the new deadlines. 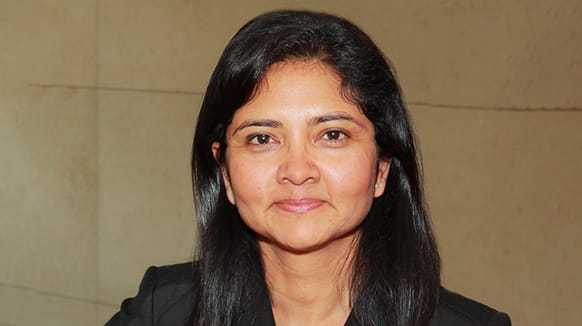