The English High Court has considered whether a buyer of fuel was prevented from bringing a claim for breach of contract by reason of a “binding” certificate of quality.

In the judgment in Septo Trading Inc v Tintrade Limited,1 the Commercial Court held that, due to the qualifying effect of an incorporated trade clause, the certificate of quality was binding only as to price and payment, thereby allowing the buyer’s claim for off-spec fuel.

Septo Trading Inc (the “Buyer”) claimed that a cargo of fuel oil loaded on board the vessel “NOUNOU” purchased from Tintrade Limited (the “Seller”), was off-spec and sought an award of damages for nearly USD8 million.

The sale and purchase contract for the cargo was evidenced by a “Recap” dated 20 June 2018 which recorded the terms agreed and incorporated the BP 2007 General Terms and Conditions for fob sales (the “BP Terms”), where not in conflict with the Recap.

The Recap included a clause determining quality and quantity of the cargo, providing that an independent inspector’s certificate was, “binding on parties save fraud or manifest error.” However, the BP Terms included their own clause on Certificates of Quality and Quantity which stated that “they shall, except in cases of manifest error or fraud, be conclusive and binding on both parties for invoicing purposes and the Buyer shall be obliged to make payment in full in accordance with Section 30.1 but without prejudice to the rights of either party to make any claim pursuant to Section 26.”

The two party-appointed experts in the litigation agreed that the cargo loaded on board the vessel was off-spec. The dispute therefore was whether the Buyer was prevented from arguing that the cargo was off-spec by reason of the independent certificate of quality that was issued at the loadport, certifying that it met the contractual specification.2 Was the certificate final and binding on the parties for all purposes (the Recap clause), or for invoicing purposes only, and crucially, without prejudice to later claims for breach of contract (the BP Terms clause)? The answer depended upon whether the relevant Recap and BP Terms clauses were “in conflict”.

The Seller meanwhile, submitted that the BP Terms clause conflicted with, or was inconsistent with, what the parties had agreed in the Recap clause, which meant that it did not form part of the contract.

In determining the issue of the alleged inconsistency within the contract, Mr. Justice Teare, referred to the guidance provided by Lord Justice Bingham in Pagan v Tradax,3 initially noting that the two clauses in question were part of the same contract, and therefore it would be wrong to approach the question of construction with any predisposition to find inconsistency (or indeed consistency) between them.

Continuing to rely on Bingham LJ, Mr. Justice Teare said it was apparent that the parties had chosen to make the contract subject to the BP Terms and that they were to apply where there was no conflict with the Recap, showed that the parties anticipated that there may be inconsistency or conflict. A “cool and objective spirit” was therefore needed to assess whether the documents were inconsistent, keeping in mind that “it is a commonplace of documentary construction that an apparent wide and absolute provision is subject to limitation, modification or qualification by other provisions. It does not make the later provisions inconsistent or repugnant.” Bingham LJ had concluded that “It is not enough if one term qualifies or modifies the effect of another, to be inconsistent a term must contradict another or be in conflict with it, such that effect cannot fairly be given to both clauses.” Any construction so arrived at must be “tested against the touchstone of commercial common sense.”

Applying these principles, Mr. Justice Teare concluded that the BP Terms clause was not in conflict with the Recap clause, but instead, qualified or explained it. Both clauses could be read together, with the BP Terms clause qualifying the otherwise general effect of the Recap, by saying that the binding nature of the determination of the independent inspector was limited to questions of invoicing, without prejudice to any later claim for breach of contract. Thereby effect could be given to both clauses which stood together.

Mr. Justice Teare said that to conclude that the two clauses were in conflict, would require the court to ignore the construction which gives effect to both clauses, and is “hardly inconsistent with commercial common sense.” Accordingly, Mr. Justice Teare found in favour of the Buyer on the contractual argument, who was free to claim damages for breach of the Seller’s duty to supply on-spec fuel.

The judgment is another example of a party’s unsuccessful attempt to rely upon an alleged inconsistent clause in a contract to try to defend a claim, and the importance of clear and unambiguous drafting.4 Drafters should therefore be aware of the court’s reluctance to find inconsistency but will instead try to interpret clauses alongside each other. Care should always be taken when general terms and conditions are incorporated into a contract, especially when the same issues are covered in both.

2 There were two additional issues before the court concerning the question of whether the cargo was off-spec and the measure of loss, but they are not considered in this note. 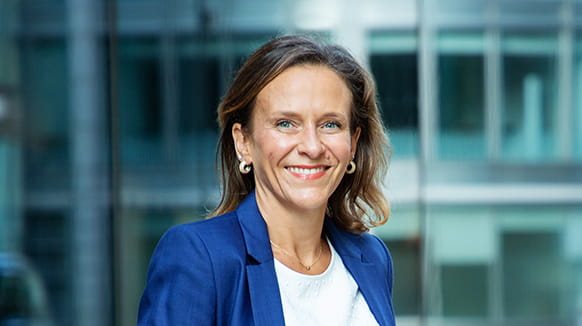