The new rules replace the existing Tax Equity and Fiscal Responsibility Act of 1982 (“TEFRA”) partnership tax audit and tax litigation rules and remove certain rules applicable to the audit and taxation of electing large partnerships. The new rules also replace the current “tax matters partner” with a “partnership representative.” Accordingly, partners in partnerships (and members of limited liability companies and other entities and arrangements classified as partnerships) need to consider amending their agreements to address the new rules. The following discussion is intended to address all entities and arrangements classified as partnerships for federal income tax purposes.

When Are the New Rules Effective?

Generally, the new rules are effective for partnership taxable years that begin on or after January 1, 2018. Small partnerships (generally those with 100 or fewer partners that are not partnerships, trusts, certain foreign entities, disregarded entities, or nominees) may be eligible to elect out of the new rules each taxable year, as described below in the section titled “Election Out.”

Do the New Rules Require an Amendment to the Partnership Agreement?

No, the new rules will take effect regardless of whether the partners amend their partnership agreement. Proposed Treasury regulations provide that a partnership must designate a “partnership representative” (defined below) on the partnership’s tax return for partnership taxable years that begin on or after January 1, 2018, which for a calendar-year partnership will be due on March 15, 2019 or, with an extension, on September 16, 2019.

There also are additional considerations regarding how and when to amend, several of which are discussed below.

What Do the New Rules Provide?

Assessment and Collection of Tax at Partnership Level

For this reason, the partnership and its partners likely will want to be indemnified by each current and former partner of the partnership for the portion of any imputed underpayment attributable to that partner and for any costs and expenses relating to any audit, administrative or judicial proceeding.

Election Out of New Rules

Generally, a partnership may elect out of the new rules for a particular taxable year only if (1) it is required to furnish 100 or fewer Schedules K-1 with respect to its partners, and (2) each of its partners is an individual, corporation, any foreign corporation that would be treated as a C corporation if domestic, or an estate. Special rules apply for purposes of determining the number of partners in the case of a partner that is an S corporation.

A partnership that elects out of the new rules will be subject to the rules that applied before the enactment of TEFRA. Very generally, the IRS will be required to open deficiency proceedings at the partner level to adjust items associated with the partnership, resolve issues, and assess and collect any tax that may result from the adjustments. Each partner-level deficiency proceeding will be subject to its own statute of limitations and venue, which can result in separate partner-by-partner determinations with respect to the same item.

A partnership that desires to elect out of the new rules still may want to designate a partnership representative in the event it fails to qualify for the election out or to act as a “point person” with regard to interactions generally with the IRS.

Very generally, each reviewed year partner must pay with respect to the adjustment year any increase in the tax imposed in the reviewed year and any subsequent years as a result of taking its share of the adjustments into account with respect to the reviewed year. Any penalties, additions to tax, or additional amounts are determined at the partnership level, and the reviewed year partners of the partnership are liable for their proportionate share of any such penalty, addition to tax, or additional amount. In contrast, interest is determined at the partner level and calculated from the due date of the partner’s tax return for the taxable year to which the increase in tax is attributable taking into account any increases attributable to a change in tax attributes for an intervening year. The interest is computed at a rate that is two percentage points higher than the usual underpayment rate.

Partners in partnerships (and members of limited liability companies and other entities and arrangements classified as partnerships) need to consider the above-described issues in determining when and how to amend their partnership agreements and operating agreements to address the new rules. 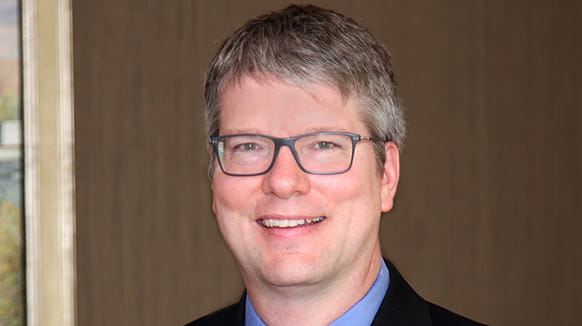