Yesterday, the Supreme Court issued a much-anticipated ruling that carries important implications for securities class action litigation, now making it easier for plaintiffs to pursue public offering claims in state courts. In Cyan, Inc. v. Beaver County Employees Retirement Fund, 583 U.S. __ (2018), the Court held that: (i) state courts have jurisdiction to hear class actions brought under the federal Securities Act of 1933 (“1933 Act”); and (ii) the Securities Litigation Uniform Standards Act (“SLUSA”) does not empower defendants to remove class actions alleging only 1933 Act claims from state to federal court. The practical effect of the Supreme Court’s decision is that more public offering securities claims will be litigated in state courts rather than federal courts.

Investors in Cyan’s initial public offering brought a class action in California state court alleging that Cyan’s offering documents contained misrepresentations in violation of the 1933 Act. Arguing that SLUSA eliminated state courts’ jurisdiction over class actions that assert only 1933 Act claims, the defendant moved to dismiss. After the California trial court denied the defendant’s motion to dismiss, and the California Court of Appeal and Supreme Court denied interlocutory review, the defendant successfully petitioned the United States Supreme Court for certiorari.

The dispute focused on language in SLUSA relating to jurisdiction over 1933 Act claims. Historically, the 1933 Act expressly provided for concurrent jurisdiction in federal and state courts. SLUSA amended that provision, however, to add an “except clause,” which states that concurrent jurisdiction exists “except as provided in section 77p . . . with respect to covered class actions.” 15 U.S.C. § 77v(a). Litigants and courts interpreted this unclear language differently. For example, the Cyan defendants argued that Congress intended to prohibit state courts from presiding over any “covered class action,” including those that assert only 1933 Act claims. The plaintiffs, conversely, argued that the provision only barred securities class actions that include claims under state law. At the Supreme Court’s invitation, the United States Office of the Solicitor General filed an amicus curiae brief offering a third interpretation: only claims involving state law are barred, but defendants can remove purely federal actions to federal court.

According to the Court, SLUSA’s plain language demonstrates that it did not eliminate concurrent state court jurisdiction for class actions under the 1933 Act. SLUSA’s starting point is still that state courts have jurisdiction over 1933 Act claims, and the “except clause” only prohibits jurisdiction when a companion provision (section 77p) says otherwise. Importantly, that companion provision does not mention class actions based on federal law. It only bars certain cases based on state law. Thus, SLUSA does not prohibit state courts from hearing federal securities claims under the 1933 Act.

The Court also rejected an argument that the reference in the except clause to the defined term “covered class actions” impliedly prohibited concurrent jurisdiction. The Court reasoned that if Congress wanted to eliminate concurrent jurisdiction, it could have inserted an exclusive federal jurisdiction provision, like it did in the Securities Exchange Act of 1934. Referring to an oft used canon of statutory interpretation, the Court noted that Congress does not “hide elephants in mouseholes.”

Lastly, the Court explained that its interpretation does not undermine SLUSA’s objective to preempt securities class actions brought under state law. The Court stated that it need not strip state courts of jurisdiction over 1933 Act claims to accomplish this goal.

The Court rejected the Solicitor General’s position and held that SLUSA does not permit defendants to remove class actions alleging only 1933 Act claims from state to federal court.

The Court acknowledged that SLUSA created an exception to the general bar on removal, which, in some circumstances, permits removal of class actions brought in state court. Id. However, this exception, by its plain language, only permits removal of state law class actions, not securities claims brought under federal law. See 15 U.S.C. §§ 77p(b)-(c). As a result, although the Court reiterated that state law class actions alleging securities violations are removable, the removal ban still applies to cases where only 1933 Act claims are asserted.

We expect the implications of this ruling to include a number of practical impacts: 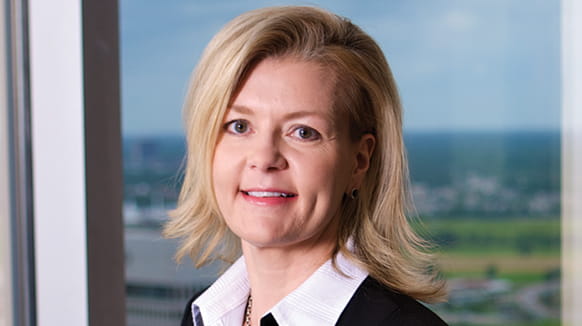