News and Insights / The Best Offense is a Good Defense
Alert

The Best Offense is a Good Defense: While the Eighth Circuit's Decision in In re Opportunity Fund LLC Highlights Consequences and Potential Pitfalls of Substantive Consolidation, the Bankruptcy Court Ultimately Dismisses Fraudulent Transfer Claims against the Lenders.

In our previous two news alerts,  we examined decisions that potentially undermine key elements of the legal structures that lenders created in response to their experiences in the United States Bankruptcy Courts during the real estate downturn of 1988 through 1992, including the involuntary restructure of their indebtedness and liens under the cram-down provisions of title 11 of the United States Code (the “Bankruptcy Code”). A recent decision by a Court of Appeals of the Eighth Circuit, hearing an appeal from a decision of the United States Bankruptcy Court for the District of Minnesota (the “Bankruptcy Court”), now raises concerns about the standing of real estate lenders to defend against substantive consolidation. As we previously pointed out, the central element of all real estate lenders’ legal structures when real estate financing resumed in 1993, whether senior mortgage or mezzanine, has been the isolation of their borrower, and through it their collateral, in a separate legal entity, in an attempt to insulate and shield their borrower and collateral from being substantively consolidated with problems, claims, and rights of their borrowers’ affiliates, and their attendant creditors or other parties in interest. In this third installment, we review the decision of the United States Court of Appeals for the Eighth Circuit which affirmed that lenders lacked standing to appeal a bankruptcy court’s order substantively consolidating a series of special purpose entities. See Opportunity Fund LLC v. Kelley (In re Petters Co., Inc.), 882 F.3d 451 (8th Cir. May 16, 2016) (“Opportunity Fund”). Taken together, these three decisions highlight the potential for erosion of protections enjoyed (and relied upon) by lenders in the deals they’ve structured in recent years.

However, there is some good news. In this alert we also review the subsequent decision of the Bankruptcy Court, issued three days after the Eighth Circuit’s decision in Opportunity Fund, ruling that the lenders were not liable for a constructive fraudulent conveyance. See Kelley v. Opportunity Fund LLC et al. (In re Petters Company Inc.), 550 B.R. 438 (Bankr. D. Minn. May 19, 2016) (“Petters”). In dismissing the complaint, the Bankruptcy Court held that substantive consolidation could not retroactively create a requisite creditor when in fact none existed – and thus the Trustee lacked standing to prosecute his state law fraudulent transfer claims under Bankruptcy Code section 544(b).

Lenders need to be exceedingly vigilant and understand these recent court decisions (and others that are certain to come in the future) so they can be prepared if their investments show signs of distress or actually commence bankruptcy proceedings.

Lenders invest significant time and effort structuring loans to prevent a borrower from filing for bankruptcy. For example, lenders will sometimes require the borrower’s principal to execute a “bad boy guaranty” (which can make the principal personally liable to the lender for damages up to the entire unpaid amount of the loan in the event of a bankruptcy filing) or that the lender hold a “Golden Share” (which is a non-economic voting interest in the borrower who then cannot file for bankruptcy without the lender’s affirmative consent).

In addition, lenders will seek to protect the sanctity of their secured claims in the event a borrower bankruptcy cannot be prevented. For example, a lender may make a loan to a special purpose entity (“SPE”) to ensure that, in the event of a borrower bankruptcy, the lender is the borrower’s only creditor. By structuring the loan in this fashion, the lender seeks to ensure that (a) there is no “impaired” class of creditors whose vote to accept the plan could trigger approval of the plan under the Bankruptcy Code’s “cramdown” standard; and (b) the lender has a basis to argue that the bankruptcy filing can be dismissed as bad faith filing because it is simply a two-party dispute. 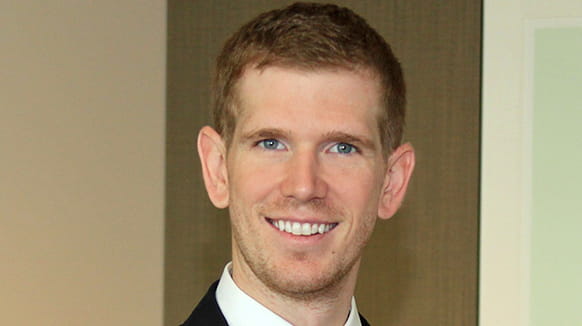