Haynes and Boone, LLP Associate Nick Monier has been named to the board of the Young Texans of the American Cancer Society (YTACS), a charitable organization that has been near and dear to him for several years.

Nick says he knows the personal hardships that a patient experiences during surgery, radiation and chemotherapy. “Cancer doesn’t define me but is a huge part of who I am,” he said. “The American Cancer Society is a great organization, and I’m truly honored to be able to contribute to such a personal charity through this board position.”

Nick has spent several years as a member of Young Texans ACS, a network of motivated young professionals collectively working together to raise awareness and funds to support the local Dallas cancer community. In 2014, he ran a marathon to raise money for the American Cancer Society. Nick was recently named to the board of the Young Texans ACS for the 2022 year.

At Haynes Boone, Nick represents financial institutions and borrowers in commercial loan transactions. He has represented agents, lenders and borrowers in syndicated credit transactions involving revolving credit facilities, term loans, letters of credit, and acquisition financings. He has helped lenders enter into loan facilities, represented agents in amending and restating existing credit agreements, and aided borrowers in financing for acquisitions of over 75 companies. Nick has experience in secured and unsecured credit facilities to real estate investment funds and to the hospitality industry.

Nick was an in-house secondee attorney in the syndicated loans legal group for a large international banking institution from May 2020 to October 2021, assisting and managing outside counsel in a variety of lending transactions. He also worked on confidentiality agreements, highly confidential letters, engagement letters, commitment papers and the like during his secondment.

Nick is also very involved in the community and volunteers informally as a cancer patient mentor. He is a Teach for America 2008 New York City corps alum and was a member of the DFW Teach for America Alumni Board from 2018 to 2021. Nick is also a member of the State Bar of Texas, the Dallas Bar Association, and the Dallas Association of Young Lawyers.

Nick is also an active U.S. Tennis Association competitor and competes in team and individual tournaments in the men’s 4.0 division. 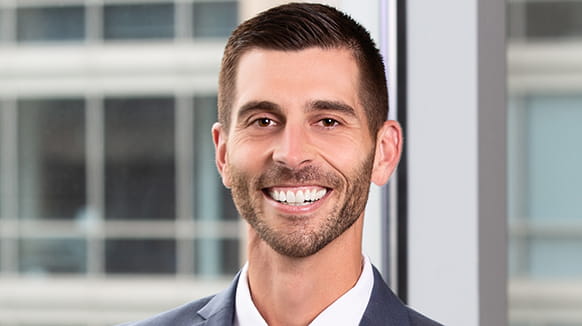