Nicholas Bunch, Ashley Koos Author Article in Texas Lawbook: ‘The Use (or Abuse?) of the Mail and Wire Fraud Statutes’

By J. Nicholas Bunch Ashley Koos
Ask any fraud prosecutor what their bread-and-butter criminal statute is, and you’ll surely hear about mail fraud or wire fraud. Taken together, they account for a significant percentage of fraud prosecutions at the federal level. Both statutes are broad and malleable, requiring a fraudulent scheme to obtain money or property, a criminal intention to defraud someone and either a mailing or interstate wire transmission. And, properly drafted, just about every type of economic crime can be cabined into a charge of mail or wire fraud.

Give prosecutors a broad tool, and you’ll surely have instances where the statute is pushed to its limits. In most cases, the object of any fraud scheme is money, making it a natural fit for the mail and wire fraud statutes. The challenge comes when the defendants are not after money but “property.” Sometimes that’s simple: If I lie to you to get the deed to your house, that’s property fraud. But defining the limits of “property” has always proved troublesome. Creative prosecutors have deployed the statutes in a variety of scenarios, often in the context of public corruption cases, and usually with success. That breadth, however, has always given the Supreme Court some level of pause.

The Supreme Court is revisiting the scope of property rights protected under the mail and wire fraud statutes this term in Ciminelli v. United States (No. 21-1271), a case arising from a public works project in New York. In this case, the defendants rigged the bidding process to favor their companies on projects worth $750 million. A jury convicted the defendants of federal wire fraud, and the Second Circuit affirmed the conviction under the “right to control” theory of fraud. This theory holds that the mail and wire fraud statutes protect “intangible” property rights, such as the right to “information that could impact on economic decisions [such that it] deprived some person or entity of potentially valuable economic information.” The Supreme Court heard argument Nov. 28.

The Supreme Court Narrows the Statute

To understand how the Court may approach Ciminelli, one must look back in time to the Court’s efforts to narrow the scope of the mail and wire fraud statutes. For years, “property” was interpreted broadly to include an intangible right to honest and fair dealing. In 1987, the Supreme Court rejected that theory in McNally v. United States, a case involving a state official who accepted kickbacks in exchange for selecting a company as the state’s insurance agent. The Court declined to interpret the meaning of “property” as broad enough to encompass intangible property rights, such as the right to honest services, in part because such a broad interpretation would authorize federal prosecutors to “set standards of disclosure and good government for local officials” and leave the conduct prohibited by the statute ambiguous. McNally v. United States, 483 U.S. 350, 360 (1987).

Excerpted from The Texas Lawbook. To read the full article, click here. 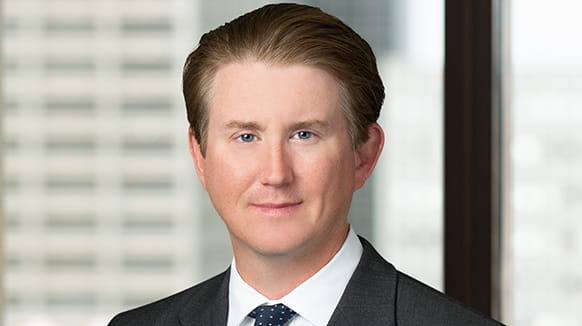