Dichotomy in Transparency as a Result of COVID-19

In March of 2020, when the spread of the COVID-19 virus led governments throughout the United States to impose emergency orders restricting all aspects of life, the effect on government transparency was swift and dramatic. Freedom of Information Act (“FOIA”) requests were essentially ignored, with government offices closed and some agencies telling requestors that response times might be delayed indefinitely. Public bodies such as city councils and school boards, no longer able (or willing) to meet in person, moved to various forms of remote meeting procedures. And courts, after an initial period of inactivity, moved pretrial proceedings, and in a few cases, even trials, to video conferencing platforms such as Zoom.

By the summer of 2021, many emergency orders and restrictions had been rescinded, and a slow return to “normalcy” was underway. For government, and for journalists who cover government, the challenge going forward will be to balance the best aspects of remote working and remote meeting, without sacrificing fundamental principles of transparency.

In May of 2020, the Department of Justice (“DOJ”) Office of Information Policy (“OIP”), the DOJ unit devoted to encouraging federal agency compliance with FOIA, issued guidance to federal agencies relating to FOIA administration which, although acknowledging the pandemic’s impact on existing FOIA processes, emphasized that “agencies’ legal obligations under FOIA continue.”

However, because many federal agencies were not telework-ready when the pandemic began, or for other reasons, many requestors have faced significant delays since the onset of the pandemic in receiving responses to FOIA requests. In fact, the Office of Government Information Services (“OGIS”) reported that by October 2020, 47% of federal agencies’ FOIA websites alerted requestors to delays and other issues in responding to FOIA requests due to the pandemic, with delay being especially prevalent in agencies receiving high volumes of requests.

At the state level, some legislatures have passed legislation aimed at preventing government agencies from relying on the pandemic to shirk their open-records responsibilities. For example, in 2021, the Texas Legislature enacted legislation aimed at narrowing the “catastrophe” exception to the Texas Public Information Act (“TPIA”), on which many Texas governmental bodies relied to suspend, sometimes indefinitely, responding to public information requests during COVID-19.

Despite submitting “catastrophe notices” and “skeleton crew” responses to TPIA requests, many of those same agencies remained fully staffed, and agency employees, although working remotely instead of from a government building, continued to have electronic access to public government information. In response, the Texas Legislature passed S.B. 1225, effective September 1, 2021, which will allow the TPIA’s obligations to be suspended only once per “catastrophe” with a maximum period of suspension of 14 consecutive calendar days. Critically for the new remote-working environment, the bill provides that to meet the exception, the catastrophe must “directly” interfere with the agency’s ability to comply with the TPIA and does not include a period where the office is closed but staff is working remotely and can access responsive information electronically. In addition, the revised law requires agencies to make a “good faith effort” to respond to public information requests when working remotely.

The first wave of emergency orders typically allowed, and in some cases required, governing bodies of local governmental agencies to meet remotely. Initially, in states where remote proceedings were permitted but not required, some local governments attempted to continue traditional in-person meetings, but many of those public bodies soon transitioned to remote meetings.

As time passed, however, many public bodies moved to various forms of “hybrid” meetings. While the details of hybrid meetings varied widely, typically some number of the members of the governing body, but not all, would meet in person at a fixed location such as a city hall. Other members of the governing body would attend remotely, usually by a video conferencing platform that allows the audience to see the remotely attending members. In the typical hybrid meeting, members of the public may attend either in person or remotely by logging into the video conferencing platform.

For journalists, the remote meeting procedure makes it easier to cover a meeting, at least if “covering” a meeting simply means observing what happens in the public setting. But as every experienced journalist knows, covering a meeting is not just a matter of watching what happens in the public session—it is also having one-on-one conversations with public officials, sometimes scheduled (as is necessary with a Zoom meeting) but often serendipitously, in a hallway or elevator after the meeting or at a break. The convenience of remote meetings should never be allowed to overcome the obligation of a public official, and especially of an elected public official, to be accessible to journalists.

For courts, COVID-19 initially brought business to a halt as trials were continued and hearings postponed in the hope that COVID-19’s interruption of public life would be brief. Soon, however, the judicial system, like every other aspect of society, realized the pandemic would not be short lived and that adaptation to the circumstances would be necessary.

Because judicial proceedings often bring many people together in one place at one time, the judicial branch of government faced challenges not seen by the legislative and executive branches. As Texas Supreme Court Chief Justice Nathan L. Hecht observed in his 2021 State of the Judiciary address, “Texas has 3,220 judges in 1,192 court locations, visited every day by some 325,000 people—1% of the population—most of whom don’t come by choice.” Courts were required to find a way to allow the system to function without, as Hecht put it, “forcing people seeking justice to risk their health to get it.”

The solution, of course, has been the “Zoom hearing” and even the occasional “Zoom trial” (which may be literally on Zoom, or other video conferencing platforms such as WebEx). By March of 2021, when Hecht delivered his State of the Judiciary report, Texas courts had conducted more than 1 million Zoom hearings, with more than 3.5 million participants, and had conducted 35 virtual jury trials. While most of those trials were admittedly in simple civil cases involving modest amounts in controversy or minor criminal cases in which the Defendant faced punishment of only a monetary fine, with no risk of incarceration, the notion of a “Zoom jury trial” in any case was incomprehensible before March of 2020.

Texas addressed this issue from the beginning. In its first emergency order allowing remote proceedings to occur even without a participant’s consent, Texas required courts to conduct those remote proceedings “with reasonable notice and access to the participants and the public.” Different Texas courts handled that obligation in different ways—some created a YouTube channel, many simply made the Zoom link available to anyone who asked for it, and some judges conducted remote proceedings while physically in their courtroom, allowing members of the public to attend by coming to the Court House (as before) and observing the proceeding on the same screen used by the judge.

For a journalist covering a trial or other judicial proceeding, the benefits and drawbacks of a remote proceeding are similar to those of a remote public meeting. The ability to observe a trial or hearing without incurring the time and expense involved in going to a Court House is a benefit. But attending a virtual hearing requires one to know in advance that the hearing will occur and make the necessary arrangements. The old practice of a reporter walking through the Court House “to see what’s going on” is impossible. As is the case with public meetings, the ability to speak informally and extemporaneously to lawyers and other trial participants is lost. And while there appears to be a consensus that a criminal defendant has a Sixth Amendment right to a public in-person trial, it remains to be seen if courts will recognize a First Amendment right for the public to attend trials in person or will conclude that the public’s right of access can be satisfied with a Zoom link. 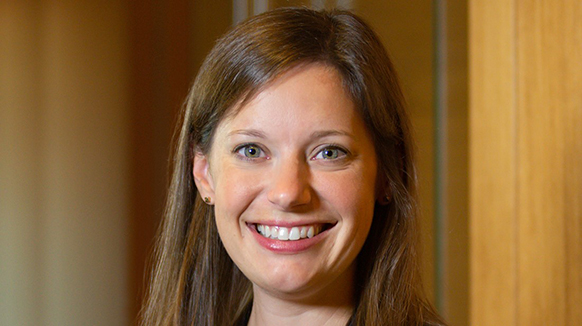