While pharmaceutical manufacturers are continuing to face scrutiny for prescription drug prices,1 they are still without clear guidance from government regulators on appropriate safeguards for the use of copayment coupons. This lack of guidance leaves pharmaceutical manufacturers using copayment coupon programs, including print coupons, electronic coupons, debit cards, and direct reimbursements, with potential compliance exposure at a time when their pricing and payment policies and practices are being analyzed by the media, legislators, and the public.

In September 2014, the U.S. Department of Health and Human Services Office of Inspector General (“OIG”) issued a Special Advisory Bulletin on pharmaceutical manufacturer copayment coupons concurrently with a report conducted by the OIG, Office of Evaluation and Inspections (“OEI”) finding that pharmaceutical manufacturer safeguards may not prevent copayment coupon use for Medicare Part D drugs. According to the OIG, copayment coupons offered to insured patients to reduce or eliminate their out-of-pocket copayments for specific brand-name drugs may implicate the federal Anti-Kickback Statute, the False Claims Act, and the Civil Monetary Penalties Law. The federal Anti-Kickback Statute makes it a criminal offense to knowingly and willfully offer, pay, solicit, or receive any remuneration to induce or reward the referral or generation of business reimbursable by any federal health care program (including, but not limited to, Medicare and Medicaid). A claim that includes items or services resulting from a violation of the federal Anti-kickback Statute constitutes a false or fraudulent claim for purposes of the False Claims Act. The Civil Monetary Penalties Law authorizes the imposition of civil monetary penalties if a person offers or transfers remuneration to a Medicare or state health care program (including Medicaid) beneficiary that the person knows or should know is likely to influence the beneficiary’s selection of a particular provider, practitioner, or supplier of any item or service for which payment may be made, in whole or in part, by Medicare or a state health care program.

The OIG stated its concern that copayment coupons may cause federal health care program beneficiaries and their physicians to choose an expensive brand-name drug when a less expensive and equally effective generic or alternative drug is available, resulting in higher costs to federal health care programs. While the OIG recognized that copayment support may benefit beneficiaries by encouraging adherence to medication regimens (especially when copayments are so high as to be unaffordable to many patients), it stated that pharmaceutical manufacturers have the option of donating to independent charities that provide financial support to patients without regard for the particular medication a patient may be using, and referred to its guidance on Independent Charity Patient Assistance Programs.

The OEI report recommended that the Centers for Medicare & Medicaid Services (“CMS”) cooperate with industry stakeholder efforts to improve the reliability of claims edits and make copayment coupons universally transparent and identifiable in pharmacy claims transactions.

The OIG ended with a reminder that regardless of future actions by CMS, the parties offering the coupons ultimately bear the responsibility to operate copayment coupon programs in compliance with federal law, and the failure of pharmaceutical manufacturers to take appropriate steps to ensure that copayment coupons do not induce the purchase of federal health care programs items or services may be evidence of intent to induce the purchase of drugs paid for by these programs in violation of the federal Anti-Kickback Statute. Despite this firm warning, to our knowledge, CMS has yet to issue clear guidance on improving the reliability of mechanisms to determine when copayment coupons are used, and there is relatively little guidance on what constitutes “appropriate steps” for ensuring that copayment coupons are not used to purchase drugs paid for by federal health care programs.

For example, in OIG Advisory Opinion No. 16-07 issued on June 20, 2016, the OIG determined that it would not issue sanctions for an arrangement involving a savings card that allowed individuals enrolled in commercial insurance plans and Medicare Part D beneficiaries to receive a discount when they filled their prescriptions for a drug that was statutorily excluded from coverage under Medicare Part D. Under the arrangement, Part D beneficiaries could receive discounts on out-of-pocket costs greater than $15, up to a maximum benefit of $75 per prescription, on up to 12 prescriptions for the medication. The OIG found that the arrangement did not induce the purchase of a specific item for which payment may be made by Medicare Part D because the requestor takes measures to ensure claims are not submitted to Medicare Part D plans, including: (i) requiring card activation online or by telephone, and if the individual uses Medicare Part D for prescription drug coverage, the individual must agree that he or she will not submit claims for the drug to his or her Medicare Part D plan; (ii) using a vendor to process pharmacy claims and contractually requiring the vendor to use claims data to detect, in real time, attempted card use by individuals who are ineligible to participate in the arrangement; and (iii) distributing written materials to pharmacies with detailed processing instructions (i.e., the pharmacy must process Medicare Part D beneficiaries as cash-paying customers, and certify that the pharmacist has not submitted and will not submit a claim for reimbursement for the prescription to any state or federal health care program or other governmental program).

The OIG stated that while these measures are not infallible and normally might be insufficient to allow it to conclude that the card cannot be used to purchase an item payable by Medicare Part D, the unique circumstances here serve as an effective backstop to prevent the coupon program from inducing the purchase of a drug payable by Medicare Part D. This is because even if a Part D beneficiary or a pharmacy filling a Part D beneficiary’s prescription submitted a claim to a Medicare Part D plan for the drug, the claim would be denied due to the drug’s exclusion from coverage.

States may also have laws similar to the federal Anti-Kickback Statute that could apply more broadly to limit or prevent the use of copayment coupons for commercial plans. For example, Massachusetts recently extended its exception to its own anti-kickback statute for copayment coupons when there is no AB rated generic equivalent drug until July 1, 2019.

Although clear guidance from regulators regarding appropriate safeguards for the use of copayment coupons may be lacking, pharmaceutical manufacturers should ensure that they have effective compliance programs in place, review state laws, implement any applicable safeguards identified by the OIG as beneficial (such as ensuring clear and conspicuous notices appear on all coupon formats), and monitor and audit copayment coupon programs on a regular basis to identify ways to improve compliance.

For additional information about copay coupons or regulatory issues involving the healthcare industry, please contact one of the lawyers listed below. 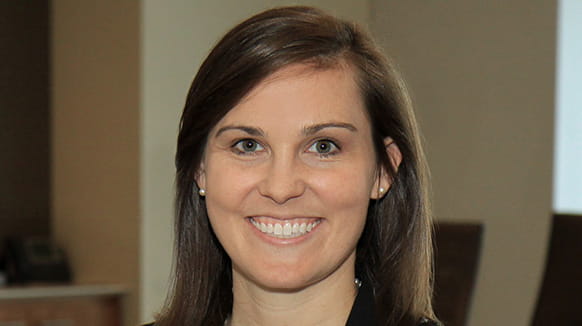