Marking a major regulatory milestone in the development of automated vehicles, on 30 June 2022 the Federal Communications Commission (FCC) granted SpaceX Services Inc. authorisation to use its Starlink system on vehicles in motion and Kepler Communication Inc. to use satellite services on vessels in motion. This regulatory approval allows the use of the low Earth orbit satellite constellation to provide high-speed, low-latency Internet connection to vehicles on the road for the first time. Usage of this technology is essential for the uninterrupted communication required for real-time decision-making by self-driving vehicles.

In this decision, the FCC authorised SpaceX to operate earth stations in motion (ESIM) on vehicles throughout the US and its territories, as well as on aircraft operating in American airspace, including those that are not registered in the US. Furthermore, SpaceX and Kepler Communications are authorised to operate ESIM on vessels in US territorial waters and throughout international waters worldwide.

The FFC stated in its decision that authorising a new class of terminals for SpaceX’s satellite system is in the interest of the public and that this authorisation will “expand the range of broadband capabilities to meet the growing user demands that now require connectivity while on the move, whether driving an RV across the country, moving a freighter from Europe to a US port, or while on a domestic or international flight. Similarly, authorisation of the Kepler ESVs service will provide much-needed connectivity to vessels in the territorial waters of Hawaii and Alaska, and remote areas throughout the world, including the Arctic and Antarctic polar regions.”

Geostationary orbit satellites (GSO) that have been used to provide Internet connections for aircraft and vessels allowed a high-latency connection. In this context, latency refers to the time it takes for a data packet to travel from one point on the network to another. In the case of self-driving vehicles, it is the time it takes for the data packet to travel between the vehicle and the satellite. Because GSOs are very far from Earth, over 22,000 miles away, GSO satellites have at least 250 milliseconds (ms) latency. By comparison, cellular network signal latency is about 10ms, which would seem adequate to ensure safe operation for self-driving cars. However, the problem with relying on cellular networks for self-driving cars is that they do not provide 100% coverage, which would mean that self-driving cars would not function properly in rural areas with irregular service or in big cities, where tall buildings would disrupt cellular communication. 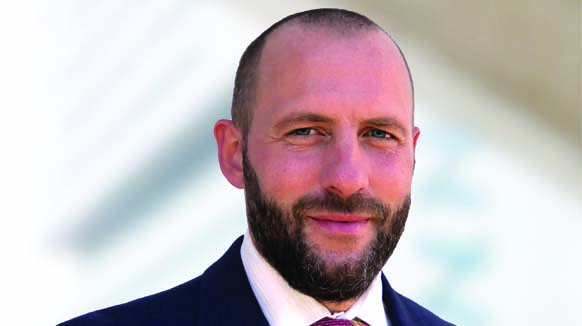