The Corporate Insolvency and Governance Act 2020 (“CIGA”), which came into force on 26 June 2020, introduced a series of new “debtor friendly” procedures and measures to give companies the breathing space and tools required to maximize their chance of survival. The main insolvency related reforms in CIGA (which incorporates both permanent and temporary changes to the UK’s laws) include:

CIGA provided that the temporary provisions introduced by it would automatically expire on 30 September 2020 unless regulations are made to prolong the period within which some or all of the temporary provisions have effect. Due to the on-going COVID-19 pandemic, the Corporate Insolvency and Governance Act 2020 (Coronavirus) (Extension of the Relevant Period) Regulations 2020 (“CIGA (Extension)”), which came into force on 29 September 2020, subsequently extended certain of the temporary measures introduced by CIGA until 30 December 2020 or 30 March 2021.

Key takeaways and recommendations for suppliers

For suppliers, the prohibition on terminating contracts on grounds of insolvency will be of concern. Suppliers will need to consider very carefully their termination rights on an insolvency. Ideas like accelerating invoicing and payment schedules on an insolvency do not appear to be mitigation techniques, given the additional restrictions imposed by CIGA on doing “any other thing” to the contract on their counterparty’s insolvency. This means that suppliers will need to get comfortable with the concept that should they not terminate due to non-payment prior to an insolvency, they will have to wait to terminate, and then they may be in a challenging position with a customer that is insolvent but still performing.

Details of the permanent and temporary measures

CIGA introduced a new standalone moratorium intended to provide companies with breathing space to explore options for survival by preventing creditor enforcement action being taken against a company while it considers and implements a rescue.

Details of this new standalone moratorium are as follows:

Directors of an eligible company can obtain a moratorium by filing relevant documents at court in the UK, unless the company is an overseas company or has a pending winding up petition – in these cases, there will need to be a court hearing.

The moratorium comes into effect on the date the papers are filed with court (or if an overseas company or there is a pending winding up petition, the date of the court order). The initial moratorium will last for 20 business days and the directors can extend the moratorium for a further 20 business days, although for this the directors will need to confirm that all moratorium debts due or pre-moratorium debts for which the company does not have a payment holiday have been or will be met (amongst other things).

Further extensions require the consent of pre-moratorium creditors, up to a maximum period for the moratorium of one year. The court may also extend the moratorium; and currently there does not appear to be a maximum limit on the duration of the moratorium if the extension is granted by court order.

The moratorium has the following main effects:

Companies in general are eligible to use the moratorium if:

However, a company will be ineligible if:

In recognition of the extraordinary and temporary difficulties caused by COVID-19, the Act also introduced a number of temporary modifications to moratoriums, which have been extended by the CIGA (Extension) to 30 March 2021.

2) Prohibition of Termination of Contracts

(a) Prohibition on termination – Permanent Measures

In order to give companies more breathing space to restructure their operations, including to enter into fresh agreements with key suppliers to the business, CIGA prohibits suppliers, for instance, from terminating a contract due to the company going into an insolvency process, and applies to all contracts for the supply of goods and services (however some contracts such as loan agreements and entities such as insurers and deposit taking banks are excluded from the operation of the section, as set out in Schedule 4ZZA of CIGA).

A relevant insolvency procedure for the purposes of interpreting this measure is defined to include a moratorium, administrative, administrative receivership, a company voluntary arrangement, liquidation, provisional liquidation or a restructuring plan.

(b) Small business supplier carve-out relating to the prohibition on termination of contracts: Temporary Measure

To help support small business suppliers that are more likely to experience a greater impact from the effects of COVID-19, CIGA included a temporary carve-out to exclude small suppliers from the scope of the termination clause measure. The CIGA (Extension) extended this temporary carve-out to 30 March 2021. A supplier is small if in its most recently financial year, at least two of the following conditions were met: (a) the supplier’s turnover was not more than £10.2 million, (b) the supplier’s balance sheet total was not more than £5.1 million and (c) the average number of supplier’s employees was not more than 50.

CIGA introduced provisions temporarily preventing certain statutory demands made by creditors being effective and temporarily prohibiting a winding-up petition from being brought against a company on the grounds that it is unable to pay its debts (or a winding-up order being made on those grounds) where the inability to pay is the result of COVID-19. The CIGA (Extension) extended these restrictions to 30 December 2020.

The provisions apply to any statutory demand served between 1 March 2020 and 31 December 2020 (previously 30 September 2020) and prevents them from forming the basis of a winding-up petition presented at any point after 27 April 2020.

In addition, the provisions prohibit a winding-up petition being presented against a company on the basis that it is unable to pay its debts, unless the supplier has reasonable grounds to believe that the inability to pay is not the result of COVID-19. Similarly, a court should not make a winding-up order unless satisfied that the facts by reference to which the relevant ground applies would have arisen even if COVID-19 had not had a direct financial effect on the company.

These provisions are to be regarded as having come into force on 27 April 2020 and apply to all petitions presented from then until 31 December 2020 (previously 30 September 2020).

Due to the continued prevalence of COVID-19, and the fact that Government-enforced social distancing measures remain, companies and other qualifying bodies with obligations to hold AGMs will continue to have the flexibility to hold these meetings virtually until 30 December 2020 (previously 30 September 2020). What this means in practice is that shareholders can continue to examine company papers and vote on important issues remotely.

CIGA introduced a new restructuring plan by inserting a new Part 26A into the Companies Act 2006 (Arrangements and Reconstructions for Companies in Financial Difficulties). This new Part26A will apply to any company liable to be wound up under the Insolvency Act 1986 that has encountered or is likely to encounter financial difficulties that are affecting or will or may affect its ability to carry on business as a going concern. The provisions provide for the ability of the company to propose and agree a restructuring plan with its creditors (and/or members) for the purpose of eliminating, reducing, preventing or mitigating those financial difficulties.

Any creditor or member whose rights are affected by the plan must be permitted to participate in the process, but those who have no genuine economic interest in the company may be excluded. The voting majority for each class is 75% in value (a majority in number is not required). If approved, an application to court for sanction of the plan is made, and the court will assess whether a plan is just and equitable.

The main new provision introduced in Part 26A is the ability for a plan to be sanctioned by the court even where a class (i.e. creditors or members) has voted against it. For a court to be able to sanction such a plan, the following conditions must be satisfied:

Where a plan is proposed within 12 weeks of the end of a new moratorium period, it may not affect the rights of creditors in respect of moratorium debts, or pre-moratorium debts that were not subject to the restrictions imposed by the moratorium.

CIGA (and the CIGA (Extension)) introduces and extends a number of measures to assist with the rescue of businesses during the ongoing COVID-19 pandemic. It provides directors with breathing space and a chance to pursue a rescue outside an insolvency process, whilst remaining in control of the company. It signals a move to a more debtor-friendly restructuring process in the UK and provides room for all stakeholders to work together to ensure the survival of the business.

1 Since the publication of our article on 21 October 2020, the restrictions on the use of statutory demands and winding up petitions imposed by CIGA have been extended for a second time by the Corporate Insolvency and Governance Act 2020 (Coronavirus) (Extension of the Relevant Period) (No 2) Regulations 2020 (SI2020/83) made on 8 December 2020. These restrictions will now expire on 31 March 2021.
Media Contacts
Related Practices
Related People 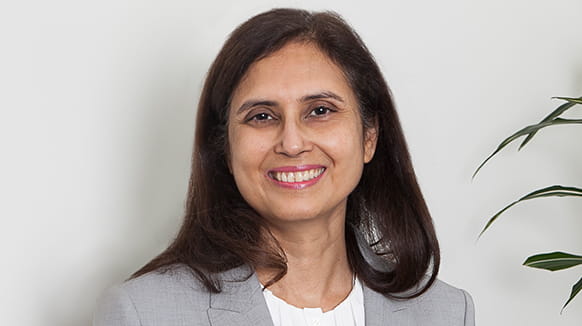