On June 12, 2017, in a unanimous decision authored by Justice Thomas, the Supreme Court issued its much-awaited decision in Sandoz Inc. v. Amgen Inc. et al., No 15-1039, considering two critical questions in the biosimilar approval mechanisms adopted in the Biologics Price Competition and Innovation Act of 2009 (“BPCIA” or “Biosimilars Act”). Specifically, the Court considered: (1) whether a federal injunction is available to enforce the BPCIA requirement that a biosimilar applicant (“applicant,” i.e., a company seeking approval to market a biosimilar) engage in the “patent dance” by providing the reference product sponsor (“sponsor,” i.e., the company that markets the original biologic drug) a copy of its biologics license application and certain related manufacturing information, and (2) whether the BPCIA’s 180 days’ pre-marketing notice requirement must be satisfied after the U.S. Food & Drug Administration (“FDA”) has approved the applicant’s biosimilar application. The short answer to both is no.

Question #1: Injunction to Enforce the “Copy of the Biosimilar Application” Rule

On the first question, i.e., whether a federal injunction is available to enforce the requirement to provide the sponsor a copy of the applicant’s biologics license application and certain related manufacturing information, the Federal Circuit had relied on 35 U.S.C. § 271(e)(4), which provides remedies for an act of artificial infringement, to determine no federal injunctive relief was available. The Court affirmed the result, however, it noted that the Federal Circuit’s reasoning was incorrect. Specifically, the Court held that the act of filing the biosimilar application is the artificial act of infringement, not applicant’s failure to disclose its application and manufacturing information, and, thus, no remedy for failure to comply exists under 35 U.S.C. §271(e)(4). Rather, the Court held that 42 U.S.C. §262(l)(9)(C) provided the remedy for an applicant’s failure to disclose its application and manufacturing information. The Court reasoned that 42 U.S.C. §262(l)(9)(C), by authorizing the sponsor, but not the applicant, to bring an immediate declaratory-judgment action for artificial infringement as defined in §271(e)(2)(C)(ii), “vests in the sponsor the control that the applicant would otherwise have exercised over the scope and timing of the patent litigation [and] deprives the applicant of the certainty that it could have obtained by bringing a declaratory-judgment action prior to marketing its product.” Slip op. at 12. The Court held, “[t]he remedy provided by §262(l)(9)(C) excludes all other federal remedies, including injunctive relief.” Id.

Another issue raised is whether California’s unfair competition law provided for injunctive relief. The Court, however, did not reach this issue because it did not present a question of federal law. Rather, the Court remanded this issue to the Federal Circuit for reconsideration because its earlier ruling, holding that California’s unfair competition law did not provide a remedy, was decided on an incorrect interpretation of the available remedies for failing to comply with provisions of the federal BPCIA. In addition, the Federal Circuit will need to evaluate whether the BPCIA preempts any such state law remedy.

Question #2: Timing of the Notice of Commercial Marketing

Following an applicant’s disclosure of its application and manufacturing information, the BPCIA provides that the parties exchange information in the so-called “patent dance” to identify relevant patents and legal arguments that might be raised in future litigation. 42 U.S.C. § 262(l)(3). Following this exchange, the BPCIA channels the parties into two phases of patent litigation. In the first phase, the parties identify patents that they would like to litigate immediately. The second phase involves patents on the parties’ § 262(l)(3) lists that were not litigated in the first phase, and is triggered when the applicant, pursuant to 42 U.S.C. § 262(l)(8)(A), gives the sponsor notice at least 180 days prior to commercially marketing the biosimilar.

Concerning the second question, i.e., whether the applicant must provide its 180 day pre-marketing notice after the applicant has obtained FDA approval, the Court held that the applicant can provide notice before or after receiving FDA approval. The Court held that this construction is consistent with the plain language of 42 U.S.C. § 262(l)(8)(a) and the statutory context. In particular, the Court noted that if Congress had intended to impose two timing requirements on providing notice, i.e., providing notice after FDA approval and at least 180 days before the marketing of the biosimilar, it would have used different language such as was used in another section of the statute where a dual-timing requirement is specified. Slip op. at 16, citing 42 U.S.C. § 262(l)(8)(B).

The Court’s holding that federal injunctive relief is not a remedy for failing to provide a sponsor with a copy of its biologics license application and related manufacturing information is favorable to biosimilar applicants since it permits the applicant to not fully engage in the “patent dance” if they so choose. State law injunctive remedies, which will differ by state, however, may be available to the reference product sponsor. And while the Court held that notice of commercial marketing can be provided before or after any FDA approval, the concurrence suggests that the FDA may well engage in rulemaking to shift this result. Whether or not the concurrence is correct that the FDA can “determine[s] that a different interpretation would better serve the statute’s objectives. . .”, in our view the FDA will be reluctant to engage in such rulemaking consistent with its past approach to avoid patent-related issues. Either way, we have some answers; yet we foresee more questions to be litigated, as expected with any complex new regulatory regime. 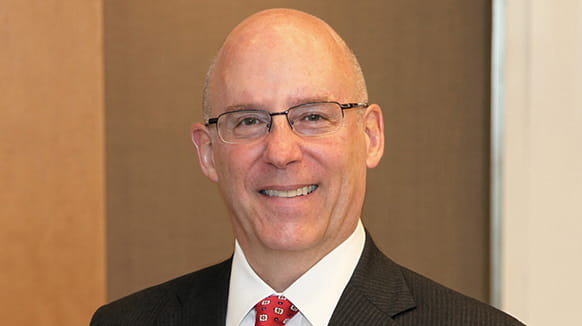