News and Insights / U.S. Patent Rights May be Exhausted
Alert

On Tuesday, the U.S. Supreme Court held that United States patent rights are exhausted by the sale of a product by the patentee or its licensee “regardless of any restrictions the patentee purports to impose or the location of the sale.” Impression Prods., Inc. v. Lexmark Int’l, Inc., No. 15 1189, slip op. at 2 (U.S. May 30, 2017). In so doing, the Court reversed the Federal Circuit’s February 2016, en banc decision. The case involved Lexmark’s sale of printer toner cartridges with restrictions on resale and reuse of the cartridges. Companies that sell products with post-sale restrictions should review this holding and consider its ramifications prior to seeking to use patent infringement litigation to effectively enforce any such restrictions. Companies should review the content of any written post-sale restrictions in light of the new ruling. Finally, companies that make sales abroad should consider the terms of their sales in light of the Court’s holding that foreign sales can exhaust United States patent rights.

Like the Federal Circuit before it, the Supreme Court considered the application of the doctrine of patent exhaustion in two scenarios. First, the Court considered “whether a patentee that sells an item under an express restriction on the purchaser’s rights to reuse or resell the product may enforce that restriction through an infringement lawsuit.” Id. at 1. Second, the Court considered “whether a patentee exhausts its patent rights by selling its product outside the United States, where American patent laws do not apply.” Id. at 2.

Lexmark “designs, manufactures, and sells toner cartridges to consumers in the United States and around the globe.” Id. To address the business issue of remanufacturers acquiring, refurbishing, and reselling cartridges, Lexmark developed and manufactured patented cartridges equipped with a microchip that can communicate with a printer to prevent use of a refilled toner cartridge. Id. Lexmark sold these products to customers either at full price with no strings attached, or at a discount through Lexmark’s “Return Program,” which required customers to sign a contract “agreeing to use it only once and to refrain from transferring the empty cartridge to anyone but Lexmark.” Id. Impression Products, a remanufacturer, acquired cartridges originally sold domestically and subject to Lexmark’s Return Program, refurbished them to counteract the effect of the microchips, and resold those cartridges within the United States. Id. at 3. Impression Products also acquired cartridges originally sold abroad, refurbished those cartridges, and imported them into the United States for sale. Id.

The first issue addressed by the Supreme Court related to Lexmark’s making and selling of refurbished printer cartridges that were originally sold within the United States and subject to Lexmark’s Return Program. Id. at 1–2. On appeal, the Federal Circuit had declined to apply the doctrine of patent exhaustion to the Return Program cartridges, holding that “a patentee may sell an item and retain the right to enforce, through patent infringement lawsuits, ‘clearly communicated, . . . lawful restriction[s] as to post-sale use or resale.’” Id. at 4. In so holding, the Federal Circuit reasoned that the exhaustion doctrine “derives from the prohibition on making, using, selling, or importing items ‘without authority.’” Id. And, although “a patentee’s decision to sell an item ‘presumptively grant[s] ‘authority’ to the purchaser to use and resell it,’” id. at 10, “the patentee does not have to hand over the full ‘bundle of rights’ every time.” Id. Consistent with that logic, “the Federal Circuit concluded that Lexmark’s sales had not exhausted all its patent rights, and that the company could sue for infringement when Impression Products refurbished and resold Return Program cartridges.” Id.

The Supreme Court unanimously1 reversed the Federal Circuit’s holding as to the Return Program cartridges. E.g., id. at 13. Explaining that the Federal Circuit simply “got off on the wrong foot,” the Court clarified that “the exhaustion doctrine is not a presumption about the authority that comes along with a sale; it is instead a limit on ‘on the scope of the patentee’s rights.’” Id. at 9–10. Indeed, “[t]he right to use, sell, or import an item exists independently of the Patent Act” and a patent merely grants exclusionary power to “prevent others from engaging in those practices.” Id. at 10 (citing Crown Die & Tool Co v. Nye Tool & Mach. Works, 261 U.S. 24, 35 (1923)). “Exhaustion extinguishes that exclusionary power.” Id. (citing Bloomer v. McQuewan, 14 How 539, 549 (1853)).

Consistent with this approach, the Supreme Court clarified that a patentee may impose restrictions on its licensees, but such restrictions do not serve to “impose post-sale restrictions on purchasers that are enforceable through the patent laws.” Id. at 11. Rather, “the only recourse for the licensee is through contract law, just as if the patentee itself sold the item with a restriction.” Id. at 12.

The Supreme Court concluded that “Lexmark cannot bring a patent infringement suit against Impression Products to enforce the single-use/no-resale provision accompanying its Return Program cartridges. Once sold, the Return Program cartridges passed outside of the patent monopoly, and whatever rights Lexmark retained are a matter of the contracts with its purchasers, not the patent law.” Id. at 9. The effect of the decision here is that the authorized sale of a product that substantially embodies a patent exhausts the patentee’s rights with respect to the article sold, regardless of any restrictions the patentee or its licensee attempt to impose. Id. at 13; see also Quanta Comput., Inc. v. LG Elecs., Inc., 553 U.S. 617, 637 (2008).

Patent Exhaustion Applies Regardless of the Location of the Sale

The second issue addressed by the Supreme Court related to Impression Products’ importation into the United States of Lexmark toner cartridges originally sold abroad. Id. at 2, 13. Lexmark alleged, and the Federal Circuit had agreed, that “a foreign sale does not trigger patent exhaustion unless the patentee ‘expressly or implicitly transfer[s] or license[s]’ its rights.” Id. at 13.

In a 7-1 decision, the Supreme Court reversed, holding that any sale, regardless of the location of the sale, triggers patent exhaustion. In so doing, the Court looked to analogous principles of copyright law and patent law’s common “antipathy toward restraints on alienation.” Id. at 13–14.  The Court pointed to the “first sale doctrine” of copyright law codified at 17 U.S.C. § 109(a), noting that “the language neither ‘restrict[s] the scope of [the] ‘first sale’ doctrine geographically,’ nor clearly embraces international exhaustion.’” Id. at 13. The Court further relied on its decision in Kirtsaeng v. John Wiley & Sons, Inc., 568 U.S. 519, 538 (2013), in which the Court held that the “‘first sale’ [rule] applies to copies of a copyrighted work lawfully made [and sold] abroad.” Impression Prods., No. 15 1189, slip op. at 14 (citing Kirtsaeng, 568 U.S. at 525). This is not the first time that the Court has looked to copyright law to inform a decision in patent law. See SCA Hygiene Prods. Aktiebolag v. First Quality Baby Prods., LLC., 137 S. Ct. 954 (2017).

Applying these principles to patent law, the Court recognized that “nothing in the text or history of the Patent Act shows that Congress intended to confine that borderless common law principle to domestic sales.” Impression Prods., No. 15 1189, slip op. at 14. In rejecting territorial limits on patent exhaustion, the Court reasoned that “[a] purchaser buys an item, not patent rights. And exhaustion is triggered by the patentee’s decision to give that item up and receive whatever fee it decides is appropriate.” Id. at 15. Indeed, “the right to exclude just ensures that the patentee receives one reward—of whatever amount the patentee deems to be ‘satisfactory compensation.’” Id. at 15–16. Because Lexmark sold its cartridges, in the United States and abroad, its patent rights were exhausted. This result is consistent with the Court’s analysis of the Return Program Cartridges—when it comes to patent exhaustion, “restrictions and location are irrelevant; what matters is the patentee’s decision to make a sale.” Id. at 18.

The Supreme Court changed the landscape of patent exhaustion with its ruling in Impression Products. Any company utilizing or attempting to enforce post-sale restrictions should review the decision and seek attorney input before proceeding with enforcement. Companies with foreign sales should also consider the effect of Impression Products on their domestic patent rights.

1 Justice Gorsuch took no part in the consideration or decision of the case. Id. at 18. Justice Ginsburg concurred in the Court’s resolution regarding Impression Products resale of cartridges sold in the United States subject to Lexmark’s Return Program. 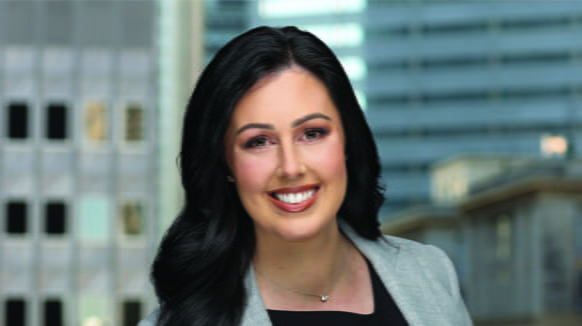