What Brexit May Mean for Your IP Rights in Europe

On Thursday, June 23rd, the people of the United Kingdom voted to leave the European Union (“EU”). As of today, intellectual property rights have not changed, and EU trademarks, designs, and patents remain valid in the UK. But will the status quo continue?

Changes in IP rights could occur as a result of the UK politically unwinding from the EU, but these changes are unlikely to come into effect before October 2018. In the meantime, businesses should consider the following factors to maximize IP protection while keeping costs in check:

Many IP owners have chosen, over the years, to register EUTMs (until recently, called Community Trade Marks or CTMs) instead of UK national trademarks to obtain cost-effective pan-EU protection, and Registered Community Designs ("RCDs") that cover all 28 EU member states have also been available. Whether EUTMs and RCDs will continue to apply in the UK will depend on the outcome of both the UK’s negotiations with the EU and any legislation that may be implemented in the UK.

As the UK exits the EU, it is likely that an arrangement will be made to extend existing EUTM rights to the UK, either through grandfathering or a procedure to create UK national rights based on pre-split EUTMs. Many groups are expected to advocate for the transition of all EUTMs and RCDs in order to provide continuing UK-based protection. However, it will be important to monitor the negotiations and define details associated with the costs, renewal dates, and other particulars relating to this possibility.

After the UK’s withdrawal is finalized, rights associated with newly filed EUTM and RCD applications are not expected to extend to the UK. Thus, after the “exit” date, brand owners will likely need to begin factoring the separate national filings required for the UK and the EU into their future plans.

Notably, presuming that distinction arises following the UK’s finalized withdrawal, trademark use in the UK will also likely no longer sustain an EUTM registration. Accordingly, EUTMs for marks used only in the UK could become vulnerable to non-use revocation unless they were or are put into use in other EU Member States.

So what should brand owners do now? IP owners should review their trademark and design portfolios carefully and consider whether they ought to file for supplemental UK protection in the near future as a back-up to ensure that there are no gaps in their portfolios. Strategically selected filings can be used to strengthen a portfolio where there are known EU challenges, or where marks are only used in the UK. We will continue to monitor developments and advise on filing and brand protection strategies as new information becomes available.

Patents and the Unified Patent Court

The UK’s vote to leave the EU is not expected to affect existing European patent portfolios.

The European patent system is governed by the European Patent Convention ("EPC"), which dates back to 1973 and is independent of membership in the EU. Accordingly, pending European patent applications and any patents previously obtained through the European Patent Office ("EPO") will be unaffected. Further, protection for new inventions may continue to be obtained using current filing strategies that are not expected to change. For example, protection for new inventions may be obtained by filing a patent application with the EPO and validating into the desired countries (including the UK) once the application is allowed by the EPO. Alternatively, for those seeking protection only in the UK, a patent application for a new invention may be filed directly with the UK Intellectual Property Office.

However, the future of the Unified Patent Court Agreement, which would have established a Unitary Patent and Unified Patent Court ("UPC") under the EU upon ratification, is now extremely uncertain. For the Unitary Patent and the UPC to be established, the UPC Agreement must be ratified by thirteen Member States of the EU, including the three Member States with the highest number of patents in force in the preceding year (currently France, Germany, and the UK.) While ten countries including France have ratified the Agreement and there was hope that the UK and Germany would ratify in 2016, the UK’s vote the leave the EU will likely prevent or substantially delay establishment of the Unitary Patent and the UPC for the foreseeable future.

IP owners should keep an eye on the developments related to the Unitary Patent and the UPC, while continuing to file and prosecute patent applications in the same manner as prior to the UK’s vote to leave the EU.

There does not appear to be any need for immediate concern or action when it comes to copyrights. UK copyright procedures and laws are not expected to change for at least the next two years.

However, IP owners should look at their contractual relationships and, in particular, their IP licensing arrangements to determine whether those agreements, which were likely written for a different legal and regulatory environment and with the assumption that the UK would be part of the EU, will still operate as expected after the UK leaves the EU. For example, agreements that include EU-wide rights, or where the licensed territory is defined as “the EU,” may need to be amended to ensure that they continue to have their intended effect once the UK has left the EU.

Other rights to intangible assets governed by EU regulations such as geographical indications and supplementary protection certificates for life sciences and pharmaceutical products, could cease to have effect in the UK when it leaves the EU. However, it seems likely that the UK will address some of these changes by legislation, and thus UK protection may not be fully lost for companies that now own pan-EU rights. If your business is materially affected by these intangible asset rights, it may make sense to consider other protective measures that can be implemented in the UK now, during, and after the unwinding of the UK as an EU Member State. 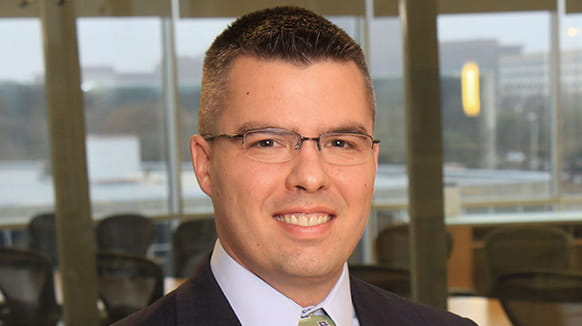