Haynes and Boone, LLP proudly announces that the Texas Bar Foundation will honor Haynes and Boone, LLP Partner Nina Cortell with the 2016 Gregory S. Coleman Outstanding Appellate Lawyer Award. She will receive the honor in ceremonies to be held June 17 at the Fort Worth Omni Hotel.

The award was established in 2011 in honor and memory of Gregory S. Coleman to recognize the high ideals and standards that Coleman demonstrated in his appellate practice and personal life. Recipients are chosen for establishing an outstanding appellate practice while maintaining a strong commitment to providing legal services for the underserved. Honorees also demonstrate dedication to mentoring young attorneys and exhibit "a strong moral compass to guide both professional and personal pursuits."

Past recipients include Mike Hatchell of Austin, David Keltner of Fort Worth, Doug Alexander of Austin, and Tim Crooks of Houston.

"Her clients, the courts and her peers consistently recognize Nina as one of the finest appellate lawyers in Texas,” said Haynes and Boone Managing Partner Tim Powers.  “Beyond her considerable legal skills, she brings to the legal profession the added dimensions of a mentor of young lawyers, a sought-after legal education speaker and a promoter of opportunity for women lawyers. The foundation could not have picked a better Coleman Award winner. We join it in saluting Nina's many accomplishments."

For her part, Cortell said the recognition is a reflection of the talents of the entire Haynes and Boone appellate practice group. "This award recognizes the work of our magnificent team," she said. "Anything I have done is reflective of, and made better by, the team’s countless contributions and exceptional talents."

For almost four decades, Cortell has represented corporations, public entities and individuals in cases that have put her at the forefront of Texas litigation practice. Chambers USA, Chambers & Partners, ranks her as one of the top appellate lawyers in Texas. She has also been named as one of the top 10 lawyers in Texas by Texas Super Lawyers, Thomson Reuters, 2010-2015, and by Texas Lawyer, ALM Media Properties, LLC, as one of twenty "Winning Women" across Texas who "have achieved significant recent victories as well as a track record of wins in which they prevailed in high-stakes cases,” 2014.

Nina’s record includes significant victories in both state and federal appellate courts, as well as in trial courts. Recent examples include the voiding of a $29 million liquidated damage provision in the Texas Supreme Court, affirmance of $3.6 billion plan of reorganization in the Fifth Circuit Court of Appeals, reversal of a highly contested venue order in the Dallas Court of Appeals, and dismissal of a shareholder derivative suit in the trial court.

Nina also places a high priority on community service. She is proud of her role as a co-founder of the Center for Women in Law at the University of Texas School of Law, which is devoted to enhancing the success of women in law and serves as a national resource to convene leaders, generate ideas, and lead change. Nina also works actively with the judiciary to improve the judicial process. Her current work includes her service on the prestigious Texas Supreme Court Advisory Committee, which is comprised of judges and attorneys from across the state and advises the court in connection with its rule-making authority.

For her community service, Nina is honored to have received the 2013 Jack Pope Professionalism Award from the Texas Center for Legal Ethics (given annually to one lawyer who personifies the highest standards of professionalism and integrity in the field of law), the 2012 University of Texas School of Law Distinguished Alumnus Award for Community Service, and the 1999 Louise B. Raggio Award for significant contributions toward the advancement of women in the legal profession. 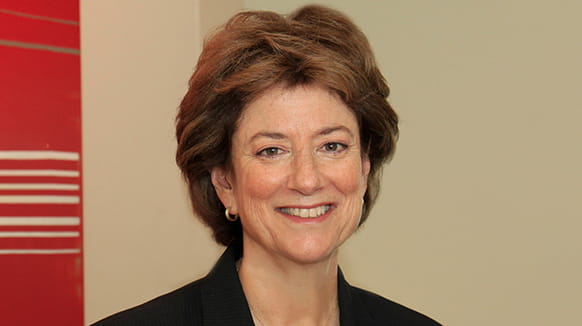