The Department of Labor (DOL) has announced the publication of a proposed rule for determining employee or independent contractor status under the Fair Labor Standards Act (FLSA). The proposed rule’s stated aim is to align the classification analysis with judicial precedent and the economic reality test although the rule could have the effect of broadening the categories of workers deemed employees. This potential is particularly true for gig economy positions such as those at ride-hailing and food-delivery companies that currently utilize independent contractors.

In January 2021, the Biden Administration DOL issued a final rule clarifying the definition of an independent contractor under the FLSA. The rule rescinded a previously promulgated Trump Administration rule that made it easier to classify workers as independent contractors. The Trump-era rule was reinstated, however, after a federal judge in the Eastern District of Texas found that the Biden administration had violated the Administrative Procedure Act. Specifically, the court found that the DOL hadn’t provided the public with a meaningful opportunity to comment on the new rule, nor did the agency attempt to consider alternatives to rescinding the Trump-era rule. By providing a notice and a comment period, the new rule should avoid the same fate.

The proposed rule embraces a totality-of-the-circumstances economic reality test that weighs six factors, with no predetermined weight assigned to any of them. The six factors are: (1) opportunity for profit or loss depending on managerial skill; (2) investments by the worker and the employer; (3) degree of permanence of the work relationship; (4) nature and degree of control; (5) extent to which the work performed is an integral part of the employer’s business; and (6) skill and initiative.

The key components of proposed rule would do the following:

While much of the proposed rule returns to a well-recognized framework, the proposed rule includes a few notable differences. To support classification as an independent contractor, the DOL suggests that a worker’s investment should be entrepreneurial in nature, such as advertising costs for the worker’s services, which demonstrate the worker is truly in business for themselves. To accomplish this goal, Section 795.110(b) addressing “investments by the worker and the employer” now states that “[c]osts borne by a worker to perform their job (e.g., tools and equipment to perform specific jobs and the workers’ labor) are not evidence of capital or entrepreneurial investment and indicate employee status” (emphasis added). This a stark departure from prior guidance. While job-related costs borne by workers don’t necessarily indicate an entrepreneurial investment, those investments have never been found to indicate employee status. Rather, costs incurred by a worker to perform their job were traditionally viewed as indicia of an independent contractor.

Further, the “nature and degree of control” factor includes an employer’s “reserved control”— suggesting that any right to exercise control over the performance of work and economic aspects of the working relationship, even if never used, could indicate employee status. For example, the ability to change a worker’s schedule, or limit their ability to work for others could constitute reserved control. Additionally, under the proposed rule, control implemented by the employer for purposes of complying with legal obligations, safety standards, or contractual or customer service standards may now be indicative of control. This language, if included in the final rule, could potentially place employers in a quandary when compliance with legal or safety rules is required based on the nature of the independent contractor’s role.

Much of the guidance provided in the proposed rule aims squarely at arguments advanced by ride-hailing and food-delivery companies who utilize independent contractors extensively. According to the DOL, mere driving is not a specialized skill that would indicate independent contractor status, and a worker who uses their personal vehicle to provide services has not made an entrepreneurial investment that would suggest the worker is truly in business for themselves. Moreover, according to the DOL, a worker’s ability to toggle between platforms and provide services to a competitor does not prove that the company lacks sufficient control to create an employment relationship. Nor does the worker’s ability to set their own schedule by accepting and declining jobs at their leisure. Finally, if an employer’s primary business is to provide a service, then the workers providing the service are likely so integral to the company’s operations that they should be classified as employees.

While the final rule is yet to be promulgated, the proposed rule, if accepted, will likely broaden who should be classified as an employee under the FLSA and make it increasingly more difficult to classify workers as independent contractors. Although the proposed rule returns to the traditional balancing test, the DOL’s application of those factors lays the foundation for renewed enforcement efforts to challenge worker misclassification across broad sectors of the economy.

Employers should consider analyzing their current worker classifications and whether any internal standards need to be adjusted based on the proposed rule, if passed.

Employers can also make their voices heard. The DOL will provide the public with an opportunity to comment on the proposed rule. This commenting is open to the public beginning October 13, 2022, and closes on November 28. We encourage all interested parties and stakeholders to submit their comments at https://www.federalregister.gov/. A copy of the full unpublished rule can be found here. 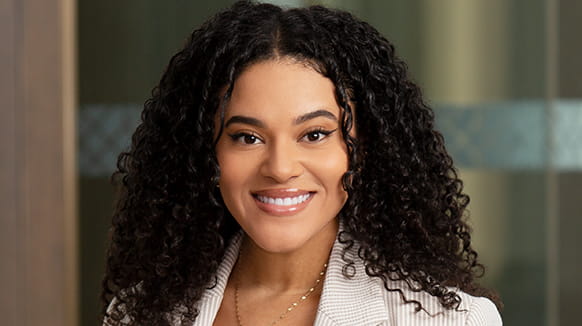