The U.S. Court of Appeals for the Federal Circuit (“Federal Circuit”), in In re Simon Shiao Tam, held the seventy-year old disparagement clause of Section 2(a) of the Lanham Act unconstitutional on December 22, 2015. Under Section 2(a), a trademark shall be refused registration if it consists of “matter which may disparage…persons, living or dead… or bring them into contempt, or disrepute.” The en banc holding in In re Simon Shiao Tam vacated the Trademark Trial and Appeal Board’s (“TTAB”) decision that the trademark for THE SLANTS is unregisterable. The decision overturns more than thirty years of precedent, paving the way for additional challenges to the constitutionality of other Lanham Act exclusions, including marks denied registration because they were believed to be scandalous or immoral.

Simon Tam, member of a Portland-based band, The Slants, filed a trademark application on November 14, 2011, for THE SLANTS mark for “entertainment, namely, live performances by a musical band.” On April 22, 2013, the TTAB affirmed the U.S. Patent & Trademark Office’s (“USPTO”) refusal to register the trademark application for THE SLANTS on the ground that the mark disparages Asian-Americans. On appeal to the Federal Circuit, Tam argued the TTAB erred in its finding, as well as challenged the constitutionality of Section 2(a) of the Lanham Act. A three-judge panel of the Federal Circuit upheld the TTAB decision in February 2015, but on its own initiative, the court decided to rehear the case en banc.

The Federal Circuit reviewed whether “the bar on registration of disparaging marks in 15 U.S.C. § 1052(a) violate[s] the First Amendment.” Applying a strict scrutiny standard, the highest level of constitutional review, a divided Court ruled that Section 2(a)’s disparagement provision created impermissible viewpoint discrimination under the First Amendment. Judge Moore, writing for the majority, expressly abandoned Federal Circuit precedent set forth in In re McGinley, which held that since a Section 2(a) refusal did not bar the applicant from using the mark, it did not violate the Constitution. Moreover, while she did not discuss the “scandalous” and “immoral” provisions of Section 2(a), Judge Moore specifically stated that future Federal Circuit panels could consider the constitutionality of these portions of Section 2 of the Lanham Act. Judge O’Malley’s concurring opinion also found the disparagement provision of Section 2(a) unconstitutionally vague under the Fifth Amendment on due process grounds.

Three judges dissented, at least in part, in separate opinions, emphasizing Supreme Court precedent and attacking the majority’s free speech analysis. The dissents particularly highlighted the differences between political speech and commercial speech, the latter of which is held to a lower standard of constitutional review. Judge Dyk agreed that Section 2(a) was unconstitutionally applied as to THE SLANTS mark, because it was political speech, but dissented as to the rest of the decision. On the other hand, Judges Lourie and Reyna dissented as to the whole of Judge Moore’s decision, finding that Section 2(a) was constitutional.

The Supreme Court Likely Will Weigh In

The Federal Circuit’s decision will almost certainly be reviewed by the Supreme Court next term, since the more newsworthy disparagement case, Pro-Football, Inc. v. Amanda Blackhorse, et al, (“the REDSKINS case”), is currently pending before the U.S. Court of Appeals for the Fourth Circuit. On summary judgment, Judge Gerald Lee in the Eastern District of Virginia rejected the team’s argument that Section 2(a) of the Lanham Act was unconstitutional. If the Fourth Circuit reverses Judge Lee, the plaintiffs in the REDSKINS case will almost certainly request certiorari. But if the Fourth Circuit affirms, the team will cite a circuit split on the reach of the First Amendment regarding commercial speech and possibly the Fifth Amendment‘s due process provision regarding vagueness in requesting certiorari.

If the In re Simon Shiao Tam case is not reversed at least in part by the Supreme Court, most likely there will be attempts to revise Section 2(a). The holding of In re Simon Shiao Tam seems to legitimize disparaging trademarks and may call into question a litany of federal anti-discrimination laws and statutes. And since the USPTO must follow the law of the Federal Circuit and can no longer reject scandalous trademarks, some “colorful” marks may be percolating through the Trademark Office. 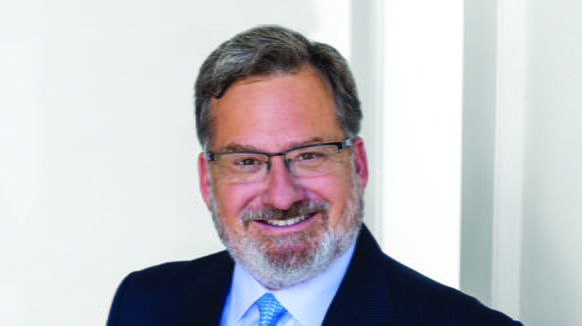