Last month, the federal district court for the Central District of California ruled that an insurer was not obligated to cover a Los Angles hospital’s $42 million settlement of a False Claims Act lawsuit or the costs to respond to a related DOJ investigation because the hospital did not provide timely notice to the insurer of the lawsuit or investigation. See PAMC, Ltd. v. Nat’l Union Fire Ins. Co. of Pittsburgh, PA, 2019 WL 666726 (C.D. Cal. Feb. 12, 2019). This decision confirms the importance of providing timely notice—an action that may be complicated by sealed lawsuits or ongoing government investigations. It also adds to the line of cases holding that the notice-prejudice rule does not apply to claims-made policies.

In June 2013, a whistleblower filed a False Claims Act (“FCA”) lawsuit against Pacific Alliance Medical Center (“PAMC”), a hospital located in Los Angeles, California. The qui tam action alleged that the hospital had violated the FCA by paying above-market rates to rent space in physicians’ offices and providing undue benefit to physicians’ practices via sham marketing agreements in exchange for patient referrals from those physicians. See United States ex rel. Chan v. PAMC, Ltd., et al., No. 2:13-cv-04273 (C.D. Cal.). The lawsuit was unsealed in December 2015, though PAMC alleged that it did not learn of it until filing a waiver of service four months later.

The next month, PAMC reached a settlement with the whistleblower and federal government and agreed to pay $42 million to resolve the FCA lawsuit. The cost of this FCA settlement, combined with an inability to afford retrofitting its facilities to meet California’s seismic standards, forced PAMC to close and lay off its entire staff five months later.

During the time that the lawsuit and investigation were ongoing, PAMC had insurance coverage through National Union Fire Insurance Company of Pittsburgh, PA (“National Union”). The relevant insurance policy required National Union to provide coverage for any claim made against PAMC and reported in writing during the policy period. The term “claim” was defined to include any civil, criminal, administrative, or regulatory proceeding or investigation that began with the service of a complaint or subpoena.

PAMC did not provide written notice to National Union of the FCA lawsuit or DOJ investigation until April 20, 2017—more than two years after the lawsuit was unsealed and more than four months after PAMC learned that the investigation was complete. After National Union declined coverage of the settlement and investigation costs due to untimely notice, PAMC sued National Union in federal court for breach of contract, breach of the implied covenant of good faith and fair dealing, and declaratory relief. See PAMC, Ltd. v. Nat’l Union Fire Ins. Co. of Pittsburgh, PA, No. 2:18-cv-06001 (C.D. Cal.).

Instead of reporting the qui tam lawsuit or the subpoena to the insurer, or even seeking the DOJ’s leave to provide notice to the insurer of the subpoena, PAMC “chose to wait over four months” after receiving word from the DOJ that their investigation was concluded. During that time, PAMC “settled the claims against it in the Whistleblower Action without [National Union]’s knowledge or consent.” Id. at *8. Thus, PAMC’s notice was ruled to be untimely under the unambiguous language of the policy.

PAMC argued that even if its notice was late, it should be excused under the “notice-prejudice” rule. Id. at *7. The notice-prejudice rule bars insurance companies from disavowing coverage on the basis of untimely notice unless the insurance company can show actual prejudice from the delay. The court in PAMC explained that courts generally apply this rule to occurrence-based policies but not to claims-made or claims-made-and-reported policies because insurers have a right to limit the scope of coverage with the plain language of those types of policies. Thus, National Union was not required to demonstrate prejudice and there was no basis to excuse PAMC’s months-long delay in providing notice. See id. at *7–9.

The availability of insurance coverage in connection with FCA and qui tam lawsuits and investigations is a critical consideration for government contractors in nearly every industry. The cost to defend a company (and, in some instances, its directors and officers) against FCA-related actions can be enormous. As such, policyholders must be mindful of the obligations imposed on them by their insurance policies, as coverage disputes often arise with insurers taking the position that policyholders have failed to fulfill one or more conditions precedent to coverage — such as timely notice. This may be particularly problematic in the FCA context, as claims are frequently filed first under seal and may create disagreement about the date on which the claim is first made.

In PAMC, the hospital’s policy specified that a claim is not first made until the risk manager or general counsel becomes aware of the claim. This provision would have protected PAMC from a situation where the notice period was triggered by a sealed lawsuit of which the hospital was unaware. Other companies can avoid such situations by knowing whether their policies are occurrence-based or claims-made policies and implementing processes for providing notice that comply with their policies’ terms. 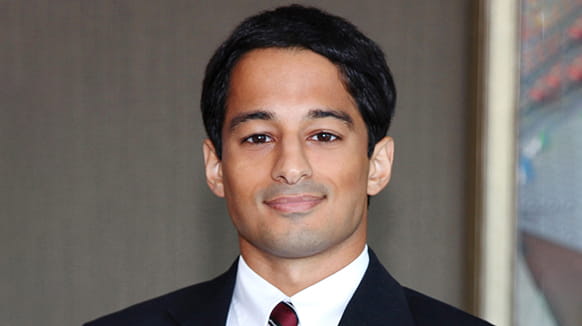