Organized crime is a growing problem for the retail industry. According to the National Retail Federation, retailers lost $94.5 billion in “inventory shrink” in 2021, with the majority of this loss driven by theft, including organized retail crime (ORC), which saw a 26.5% increase in 2021.1 Last week, discount retailer Target Corporation reported that inventory shrinkage had already reduced gross margins by $400 million, compared to 2021, with a total reduction in gross margin projected to be $600 million by the end of the year.2 Target is not alone. In October, the U.S. Immigration and Customs Enforcement Agency launched “Operation Boiling Point” to target domestic and transnational criminal organizations engaged in high-dollar thefts from a variety of retail businesses.3 Earlier this month, authorities apprehended thieves stealing from CVS, Walgreens and Publix, among other stores.4

While private industry and public authorities are increasing security and enforcement efforts, companies suffering these losses may also find relief in commercial insurance coverage. Most corporate property insurance policies protect against “physical loss and damage” to business personal property, including inventories. These same policies also typically include exclusions for inventory shrinkage with some variation on the following terms denying coverage for “mysterious disappearance, loss or shortage disclosed on taking inventory, or any unexplained loss.”

However, these types of exclusions are intended to “curb abuses by employers insured against employee dishonesty where covered losses were claimed on the basis of mere estimates, but where the losses might actually be the result of bookkeeping errors, waste or negligence.” Coleman Cable, Inc. v. Travelers Indemnity Co., 790 F. Supp. 2d 742, 757 (N.D. Ill. 2011). Such exclusions are not intended to avoid coverage for the actual loss of inventory resulting from organized retail crime. Moreover, once the insured has established the existence of “physical loss or damage,” the burden of proof falls to the insurer to demonstrate that the loss or damage in question is subject to an exclusion, including one addressing inventory shrinkage. See, e.g., Betty v. Liverpool & London Globe Ins. Co., 310 F.2d 308, 311 (4th Cir. 1962) (“[W]e do not think that the exclusion can be held to shift the burden from the insurer to the insured to prove that the loss falls within the exclusion. Once a loss is shown it would be incumbent on the insurer to show that such a loss or disappearance was inexplicable or mysterious.”).

Not surprisingly, state and federal courts have had numerous opportunities over decades to interpret and apply these kinds of “unexplained loss” exclusions. In many cases, including the following non-exclusive examples, courts have refused coverage where the insured only provided evidence of the “loss” in the form of competing records of inventory volumes:

However, insureds may avoid the application of the “unexplained loss” exclusion by offering circumstantial evidence of the cause of the loss, including “by proving that circumstances surrounding the disappearance of property support an inference that theft probably was the cause of the disappearance. If the insured were required to prove theft by so-called direct evidence production of the thief or of eyewitnesses to the theft ‘(t)his would be tantamount to denial of coverage for theft because theft is generally carried on in a secretive manner.” Coastal Plains Feeders, Inc. v. Hartford Fire Insurance Co., 545 F.2d 448, 452 (5th Cir. 1977). Accordingly, as suggested by the following non-exhaustive examples, a loss initially substantiated by inventory records alone can be justified by other evidence, even indirect evidence, explaining a non-excluded basis for the claim, including theft:

While individual policy terms, facts and circumstances vary, reports of criminal investigations and prosecutions5 could provide some evidence from which retail policyholders, whose businesses have been afflicted by ORC, may be able to avoid the application of an “unexplained loss” exclusion. Furthermore, subject to the same qualifications, in some cases, multiple thefts occurring over a period of time may be aggregated and made subject to a single deductible/retention enabling the retail policyholder to recover some part of the loss sustained from this epidemic of organized retail crime. See, e.g., Simplexdiam, Inc. v. Brockbank, 727 N.Y.S.2d 64, 68 (N.Y. Sup. Ct. 2001) (“The excess insurers’ argument that, in cases of unexplained loss or mysterious disappearance, the burden is on the insured to identify the number of occurrences and the amount of loss per occurrence finds no support in the precedents. Were such an argument accepted, it would render coverage for such risks as unexplained loss, mysterious disappearance or inventory shortage for the most part illusory. Thus, we hold that for purposes of determining the $ 500,000 threshold, Simplex sustained one loss as a result of the inventory shortages for which it has submitted a $1,712,779 claim.”).

If you have any questions about coverage for losses from organized retail crime or about insurance recovery in general, please contact one of Haynes Boone’s Insurance Recovery Practice Group partners listed below. 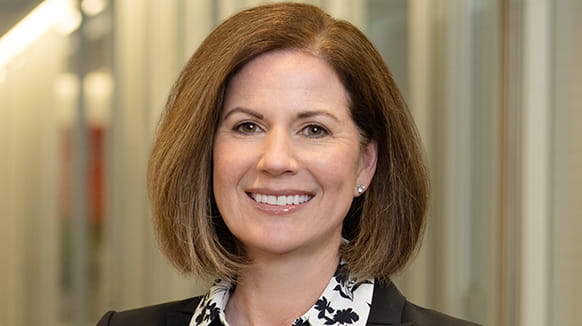